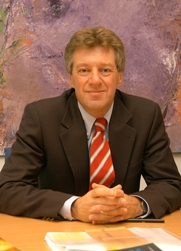 Europe and its universities have a strong and long-standing relationship. During many centuries the European universities have contributed significantly to the social, economic and cultural development of the continent. Perhaps even more distinctive for this intense relationship is the fact that the very existence of the European universities reflects one of the most central dimensions of the ‚idea of Europe‘: Rationality and the corresponding attitude to science and technology are essential and decisive elements of European identity.

Present-day EU university policy first and foremost appears to be an innovation policy. It addresses the European universities as central actors in this overall innovation strategy. Universities are assumed to be able to better contribute to the further development of the knowledge society by increasing and professionalizing their provision of human capital and their production and transfer of knowledge. Human capital and knowledge are seen as Europe’s key resources. Investing in them is assumed to be the most effective way to foster economic growth and create more and better jobs, while at the same time ensuring social cohesion and environmental sustainability.
At the EU-level, the processes of stimulation, co-ordination and harmonisation of the Member States‘ policies for higher education and research are directed towards realising these objectives. The main focus of both the Member States‘ and the EU university policies are on the roles the European universities can play as the major providers of knowledge and knowledge-workers for the future of Europe.

An analysis of the EU policies in higher education and research over the last decades leads to the conclusion that since the turn of the century the EU indeed has developed a university policy, covering their various activities: their delivery of education, their research activities, and their potential as innovation drivers. In this policy the European higher education and research areas have become integrated in the broader context of the EU innovation agenda which, as the political leaders of Europe formulated it in their ‚Lisbon strategy‘ in 2000, intends to make the EU ‚the most competitive and dynamic knowledge-based economy in the world, capable of sustainable economic growth, with more and better jobs, and greater social cohesion.‘
The EU university policy is being developed and implemented in a multi-echelon policy system in which several decision-making levels, each with their own authorities and competences, exist and are interrelated. The European universities are addressed both directly and indirectly by European policy-initiatives. Indirectly, by the co-ordination of the actions of their own Nation States that are increasingly aligned with the overall European ambitions and strategies. Directly, by EU-initiatives in both the research and the higher education fields (for instance: the Framework Programmes, the European Research Council and the Erasmus Mundus programme).

European policy processes show a number of trends that may be expected to continue to be relevant for the future dynamics of the European higher education system. Generally speaking, these trends can be described as:

In the domain of research and technology, the EU intentions are to encourage researchers to work together at the European level and to stimulate co-operation between universities and business and industry. The EU seeks to increase the investments in R&D (to 3% GDP), to stimulate the processes of knowledge transfer and to create stronger co-ordination of national research policies. Research is seen as the core factor in the EU’s ambition to create growth and employment. The European universities are seen as major knowledge institutions, the positions and roles of which need to be reinforced in order to better enable them to contribute to the renewed Lisbon agenda.

In the broad context of EU university policy the work by the Centrum für Hochschulentwicklung (CHE) has been (and still is) of major importance. The CHE has understood the new phase in the development of the European universities in an early stage. It has understood that the universities are being challenged to contribute to the national and the European knowledge societies, and that therefore they need to increase their accountability and professionalise their governance and management. In order to assist in these processes, CHE has developed a large number of services and products, and has not hesitated to present their relevance and strategic advantages both in the German and in the European contexts. There has been one man who has been the major dynamic force behind all this: Detlef Müller-Böling. With unflagging energy and in his characteristic optimistic style, he has been able to show how the European universities can face the new challenges of the knowledge society. Time will show that we should be grateful to him.